Finding Help for Our Son
During the Pandemic

I have tremendous gratitude for Mary and the help she has provided my family. My son has historically had many challenges with peers and authority figures over the years, beginning when he first entered a school setting in elementary school. He struggled with participating in groups, and would have frequent tantrums. When he entered middle school, his problems with following rules, with direction from authority figures, and with relating constructively with peers escalated, eventually resulting in his expulsion from the high school he was attending, in February 2020 (his 9th grade year).

Isolation and Boredom Drove Our Son to Danger

In March, most schools closed to students for in-person instruction due to the pandemic, and as with most kids, my son began a distance learning program from home. The increased isolation and lack of activity, as well as the boredom he experienced from spending so many hours on his computer seemed to be negatively affecting his ability to cope with everyday stressors. He was becoming increasingly defiant and explosive at home, and became secretive and defensive most of the time. He began to withdraw, spending more and more time in his room and on his computer. In addition, he began forming various “friendships” with acquaintances he would meet on the internet, and became involved in a website that provided vapes, drugs, and alcohol to underage children.

It wasn’t long before I discovered that my son was sneaking out most nights, using alcohol, vapes, and drugs, including crystal methamphetamine, and crack cocaine. His mood swings and angry outbursts became increasingly more frightening, and the negative impact on my daughter and the other members of our family was becoming more and more unbearable. I began to worry in a “life and death” kind of way about my son’s welfare, as well as for the safety of the rest of the family. As the realization regarding the risky nature of his behavior was really sinking in, I made the heart wrenching decision to explore out-of-state boarding schools. I then made the most difficult decision of my life, which was to enroll my son into an off-island boarding school. The school I found for my son through my own research was an incredible school in Montana, however, after a few months at this school, I was told that the school was not equipped to provide adequate intervention for Chaz, and that I would need to find alternative placement.

Thankfully, and I honestly feel the universe provided a miracle to me, I was led to Mary Warren, who has proven indispensable. At this time, I didn’t know where to turn, and surprisingly I didn’t even know what an educational consultant was.

Mary’s expertise as a parenting coach, and experience with the many alternative school options, was critical for me at a time when I felt that “the bottom had dropped out.” I was at an all-time low point, feeling as if no one would be able to help my son. Mary not only provided much needed emotional support and guidance; normalizing my experience, and providing assurance that I was not alone, and that there were alternatives, but also provided the time and direction I needed to navigate the various options. Mary makes herself available through calls, text and email, so I always feel in-touch. With Mary’s guidance, I arranged experienced, caring, and compassionate transportation for my son, to an outstanding therapeutic boarding school, which more appropriately meets his needs, and where he is today.

My son is now making steady progress. He continues to have challenges, but is well supported at his current school. Having a seriously challenged child/teen can be an overwhelming and often alienating journey. I can with certainty say that my son’s, my family’s, and my quality of life would be notably diminished had it not been for our relationship with Mary. The relief, and peace of mind I now have, with the support I receive from Mary, helps me to feel we are not walking this path alone. She continues to provide guidance and support whenever I need it, and to monitor my son’s progress, to assist with needs as they arise.

I am just putting it out there that I would very highly, and with zero reservations, recommend Mary as an educational consultant. I only wish I had found her sooner.

Sharon, A mother full of gratitude Thank Goodness for Mary Warren! I have tremendous gratitude for... 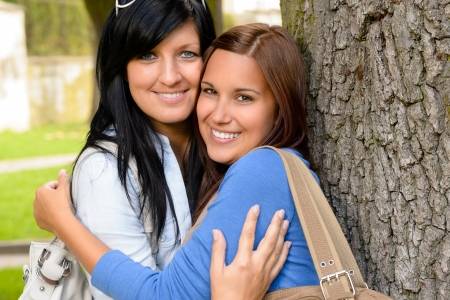 Get The Free Sleep Guide